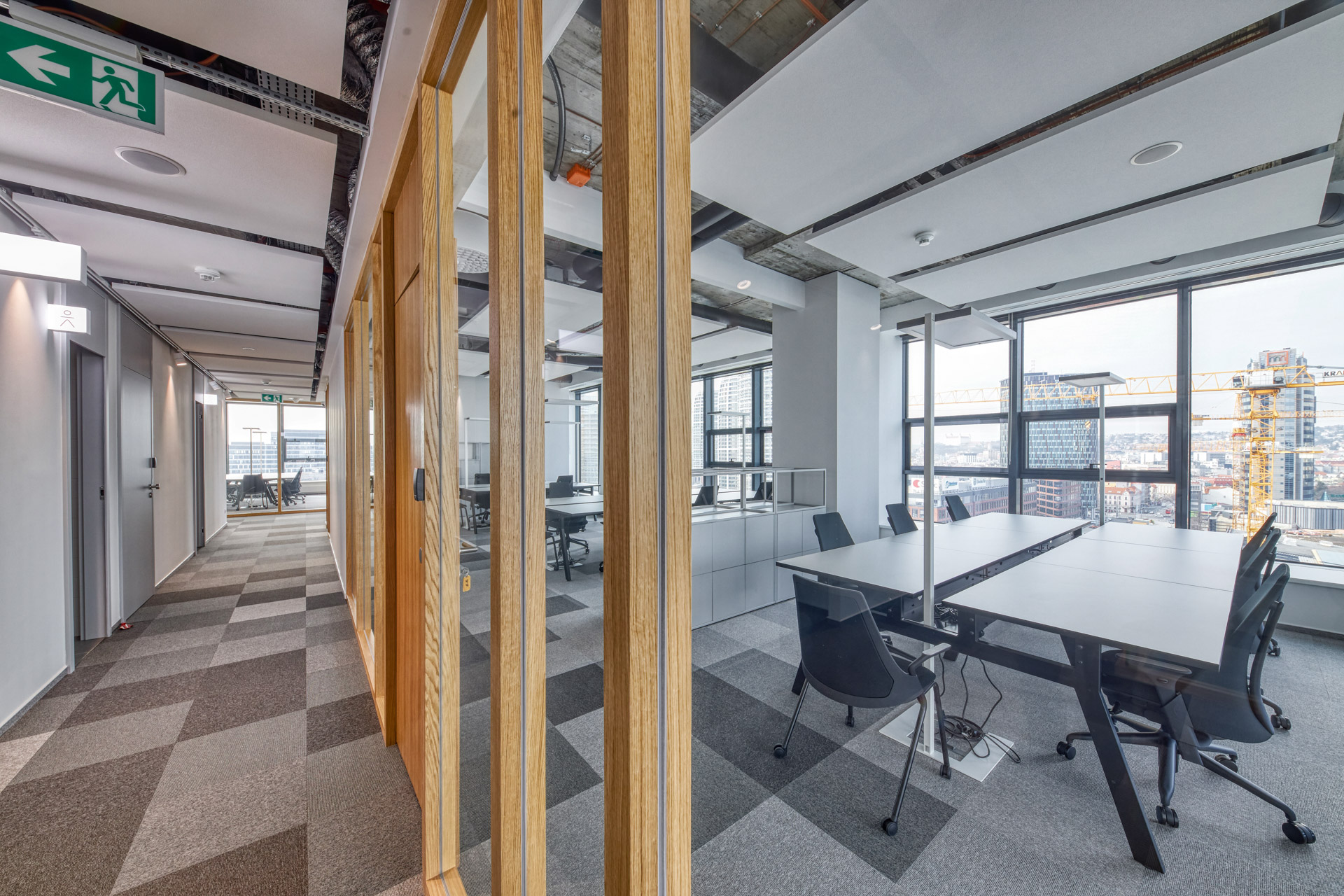 Are you looking into flexible offices? Our serviced & flexible offices, Qubes, provide an elaborate mix of amenities that will free your company from running the office agenda and allow you to focus on business. All of it on a short-term lease.

John set up his own tech company four years ago. After the first year, the group of 6 introduced their first range of products and gained their first clients. In the second year, he had to hire an additional 14 people to penetrate new markets.

With the growth in numbers, he decided to move his enlarged team, previously crammed in a tiny, basement, into a coworking space. This way, they connected to other startups, innovations and opportunities and had a safe and healthier workplace for their own collaboration.

During the third year, an unexpected downturn took place – a new competitor made its presence on the market and caused the market’s prices to fall. This had a devastating impact on John’s business. He had to cut operational prices and ended up with a team of 10.

Last year, things turned around when John arranged a new investment that let his company move forward faster with the innovation necessary to catch up and even overcome his competitors.

Today, he runs a company of 30 and is looking for a space of their own that would allow for their own branding and customisation. But most of all, he is searching for an office that would adapt to the often changing needs of his company and disburden his already full hands from operational processes.

There are many companies like our made-up story about John, and they might experience the same or different turbulent changes due to market development. These not only include scale-ups, SMEs and businesses experiencing growth, shrinkage or expansion into new markets, but also project-based teams backed by corporate entities.

In such companies, every brain and pair of hands count, thus, in addition to searching for flexibility, they seek relief from the burden of the operational agenda that is inevitable to keep the office running smoothly.

Every company needs a full pack of services, which are essential to create a functional workplace. These include a stable internet connection, tech support for immediate help with hardware & software difficulties, security equipment and personnel, receptionists and the cleaning staff. Serviced offices are ideal for businesses looking to reduce their overheads and expenses by balancing flexibility with stability.

It’s no different for our flexible offices, Qubes, which can run errands on your behalf as well as provide spatial support with shared meeting rooms with smart reservation systems, phone booths for undisturbed calls and kitchens with some refreshments. All of it is under a “one bill policy”. At Qubes, you just walk in and work from day one.

Very own workspace and flexibility in size

Having a private unit in the workplace gives teams a safe place to work, develop their own ideas and nurture interpersonal relationships. At Qubes, each company has its own workspace separated from others that can be adapted and branded to let the companies’ cultures shine.

Thanks to short-term leases, if a company experiences growth or a decrease in the number of people, the size of the office can be adjusted to sustain the new state every six months.

Qubes doesn’t only provide modern offices that look good, it goes much further and delivers workspaces that nurture health and wellbeing, e.g.: the interior design not only features top-notch design solutions, but also lots of natural (biophilic) elements that have already proved their positive impact on human wellbeing. For active people, a cycle hub is ready with changing rooms and showers to flip the switch both on mental and physical levels.

Would you like to know more? Our first location is in Nivy Tower in the emerging New Nivy district in Bratislava. Come and visit or get in touch with us.

We can offer a lot more. Let’s discuss your new branded office together

Fill in the form to contact us at Qubes Nivy Tower or directly use the email below.

Dominik Illek works as Group PR & Marketing Manager for flexible solutions of the HB Reavis subbrands since March 2017. He was one of the first members of the team to set up an offer of flexible office space under the HubHub brand. After the successful launch of the co-working platform in Slovakia and Poland, he switched to the new, group position with an impact on PR and marketing activities across all active markets.

If you like what you have seen, and you consider the slightest possibility that you want to know more, be sure to subscribe. You won’t regret it.